According to the calendar, winter is over. The weather seems to have cooperated with that date this year. Our house faces north, so our porch, which is glassed in, isn’t yet as warm as those on houses that face south, but it was several degrees warmer in there this afternoon.

I sat out there for part of an hour, on one piece of furniture that will be moved to the yard with my feet up on another that’s likely to go onto the local Craigslist free section soon. But there was other stuff out there, too. Three bags of groceries which had been delivered the day before and which were awaiting decontamination before their contents would be allowed into the house. 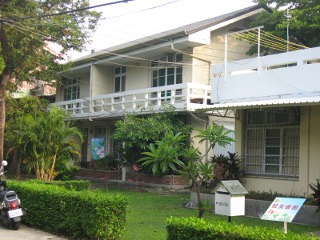 We wouldn’t have been able to leave bags of groceries on the porch in Taiwan. Where we resided in Kaohsiung for 25 years, they would have soon been filled with ants and roaches, a product of the tropical environment.  Where we lived in Tainan for our final 11 years, on a parklike college campus in central Tainan, they’d likely have become subject to exploration and sampling by stray cats and wandering rodents (otherwise known as “stray cat food”). Both the cats and the rodents were the product of crowded living in Taiwan, which is no more rodent and cat infested than any other crowded place.  Hey, it happens.

So though we can leave bags of groceries on the porch here, I’d still rather be in Taiwan.