The first time I took up long-term residence in Taiwan I suffered from culture shock, but that was in 1976 and the things that “shocked” me then eventually became so normal that I can’t recall what they were. I only remember spending large amounts of time alone, writing letters to folks overseas, until I got my feet on the ground again. The culture shock experience that I remember most clearly happened when I returned to America in 1986 after  4+ years in Taiwan.

Between 1982 and 1986 we had transitioned from American convenience foods to things purchased at the massive Ling-ya fresh market around the corner from our apartment in Kaohsiung. It was so convenient that a daily trip to shop for groceries was usually sufficient.   Dishes took up more space in our cabinets than foods. What we forgot, however, was how to shop for groceries in America.

We had a young born-in-Tawan child. Upon arrival in the second half of 1986 we took up life in a Midwestern town where I’d never lived before. We acquired a car (which we hadn’t had for those 4+ years in Taiwan) and we began to settle in for what turned out to be 13 months. The aspect of culture shock that really struck me was the supermarket. Instead of one example of a particular product, we had to select from among several, even when it came to things like rice and flour. We also had to learn how to shop for a week instead of for a day or for a meal. 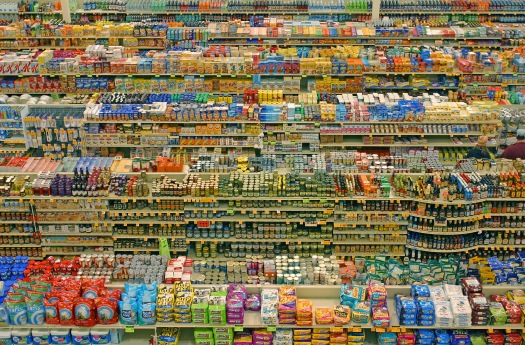 I thought of that today when shopping for the holiday entertainment we’re planning in the next few days.  Char had gone to a big supermarket to do the lion’s share of things, but we divided the list so that I’d make a separate trip to a place that I like in order to pick up staples at “friendlier” prices. The man running the cash register appeared to me to be either from west Africa or Haiti (Though I didn’t ask, his cheerful greeting, thank you and Merry Christmas came with a francophone accent that has led me to assume.) Whether he is here from either place (rather than from France or Quebec) both the abundance of food in a small American grocery store AND the variety of stuff purchased by the people who come through his line must be shocking.

But maybe I’m wrong. Maybe he’s been here for most of his life. Maybe his accent comes from the home and community where he grew up. Maybe he is as much of an American consumer as I.